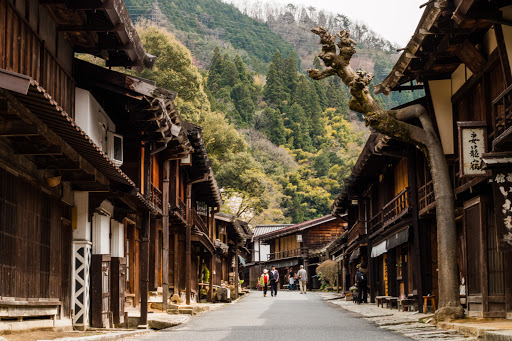 Build a better tourist trap, and the world will bit a path to your door. Such was the realisation in a small Japanese town of Tsumago in the late 1960s. This community in South Western Nagano, a prefecture of the main island of Honshu, discovered, like many Japanese townships that it was falling victim to rural decay.

Unlike many other places, though, Tsumago had something with which it could hold the decline. The town hit on the idea that its best cause was to make the most of its historical character and recreate the old ambience of the post-station town it had been in more prosperous days. 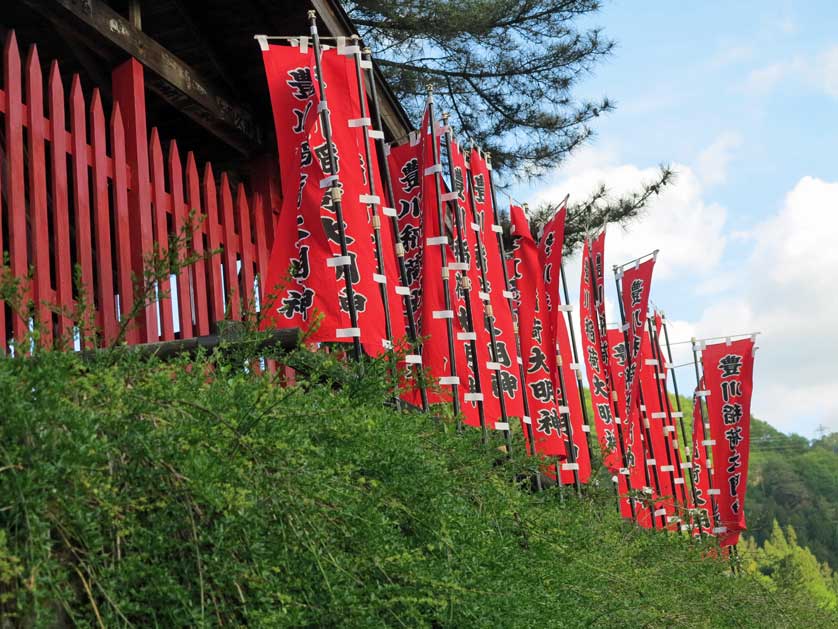 During Edo times (1603-1867), Tsumago was one of 67 stations on the Nakasendo, the lesser of the two main highways that linked the shogun’s administrative capital of Edo (now Tokyo) with the imperial capital of Kyoto. These government run post stations were places where travellers knew they could break the journey and find refreshment and accommodation. Journeying the Nakasendo then was no light undertaking. 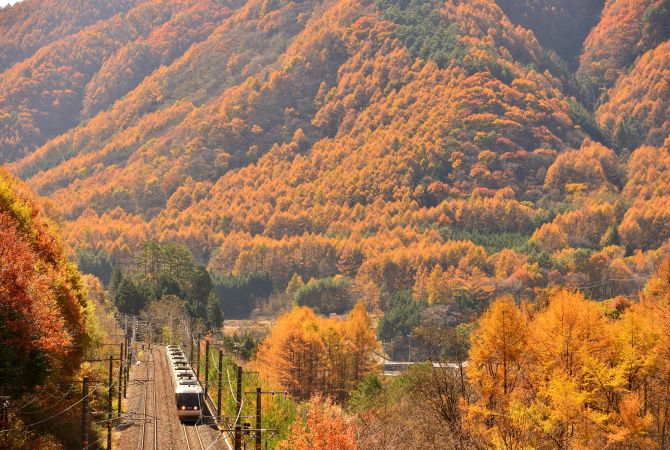 Today, the bullet train whisks passengers from Tokyo to Kyoto in less than three hours. In those days the 500 km long journey could take several weeks. Difficult though the journey may have been, the roads were colourful thoroughfares along which Edo life travelled. Without a doubt, the most attractive depictions of life on the road then are the exuberant ukiyo-e woodblock prints of the famous 19th century artist Hiroshige. As can be seen in the prints of Hiroshige, all kinds of people travelled roads. 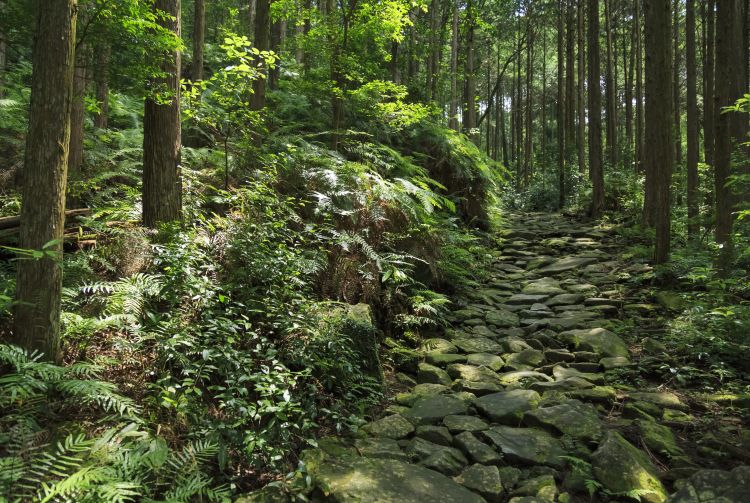 Along with the pampered daimyo lords there were pilgrims and those journeying on business, entertainers, storytellers and thieves. Tsumago discovered that it’s idea of renovation in reverse worked on for a while exceptionally well. But then, as is so often the way in Japan, the fad faded. Arrive in Tsumago today, and you will have little problem finding room for the night. 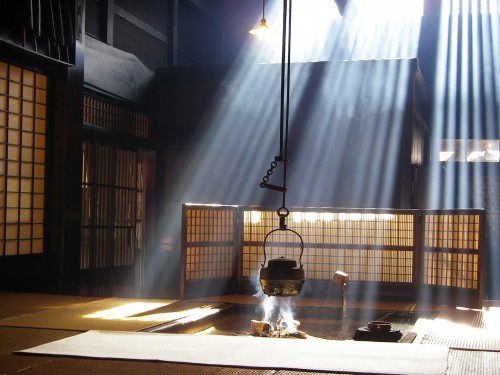 In its efforts to present its own particular slice of Edo-era life, Tsumago has been very dedicated. Many of the usual appurtenances of the modern world-TV antennas, traffic signs, motor vehicles, even the convenience stores that as such an ubiquitous part of Japanese life – and have been painstakingly excluded from the main street. All bar the asphalt underfoot hearkens back to Edo days.

Though the scene in Tsumago today certainly looks different to when Hiroshige first cast his artistic eye over the place, the modern visitor does not have to exercise too much imagination to picture things as they would’ve been then. Along the main street, old buildings serve as eateries, inns, stores selling traditional craft goods and the inevitable souvenir shops. 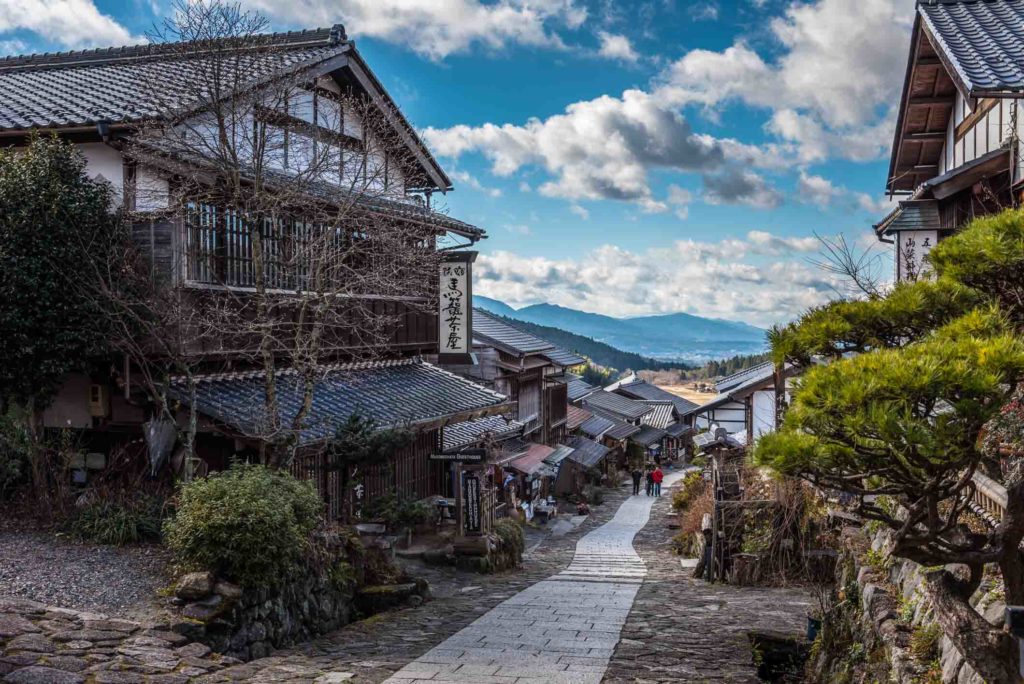 At times, Tsumago carries the odd whiff of sterility– and as if by striving to retain its old world atmosphere, it has somehow lost part of itself in the process. As you stroll along the main road in the early morning and see the lines of atmospheric wooden buildings, it is as attractive a scene as you’re likely to find in Japan. But it is also hard to resist the occasional feeling that you have stumbled upon some vast movie set before the extras and crew have arrived for the day. 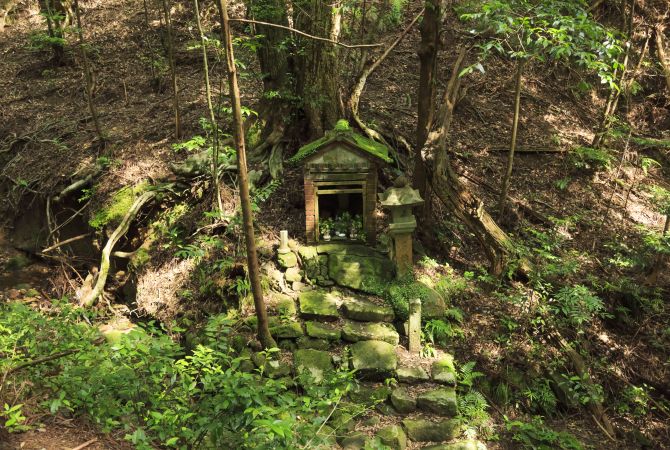 Some of Tsumago’s features are, however, completely untouched by tourism: an ancient looking wisteria draping it’s lilac-coloured flowers over a moss-covered rock by the roadside did not go there yesterday. And Tsumago is very much a working agricultural village, surrounded by rice paddy fields that follow the seasonal rhythms of the land. 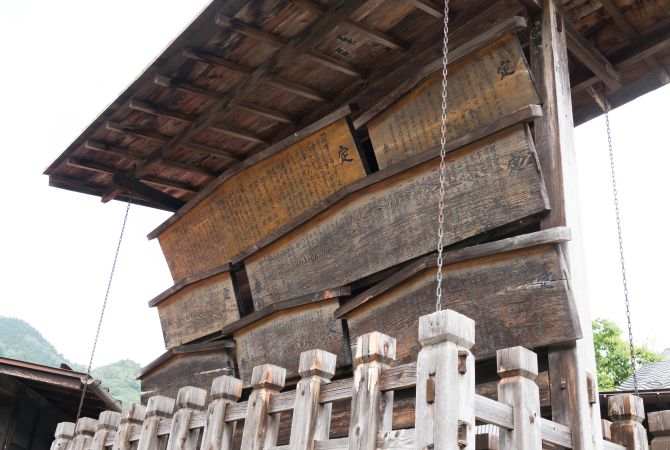 With the people themselves, the old-time character of the place is clearly uncontrived: some locals have the enduring habit of doffing their caps when greeting a stranger. And they are charmingly removed from city ways. One boost to Tsumago’s visitor figures may recently have been provided in the elevation of one of its buildings to the official status of important cultural property. 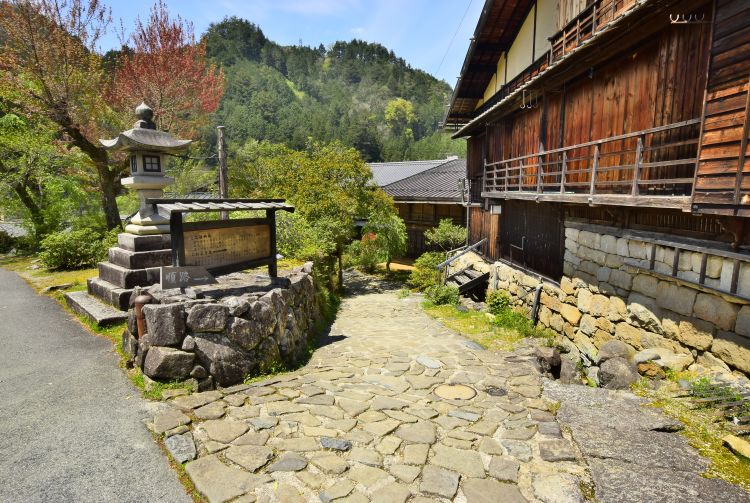 In Edo times, the processions of the great daimyo lords were one of the most impressive features on the Nakasendo and other highways. When two daimyo hit town at the same time, the grander lord took the more commodious honjin, while the lesser daimyo had to make do with the  slightly less luxurious waki-honjin. It is Tsumago’s Waki-Honjin Okuya that entered the Important Cultural Property ranks in the year 2001. 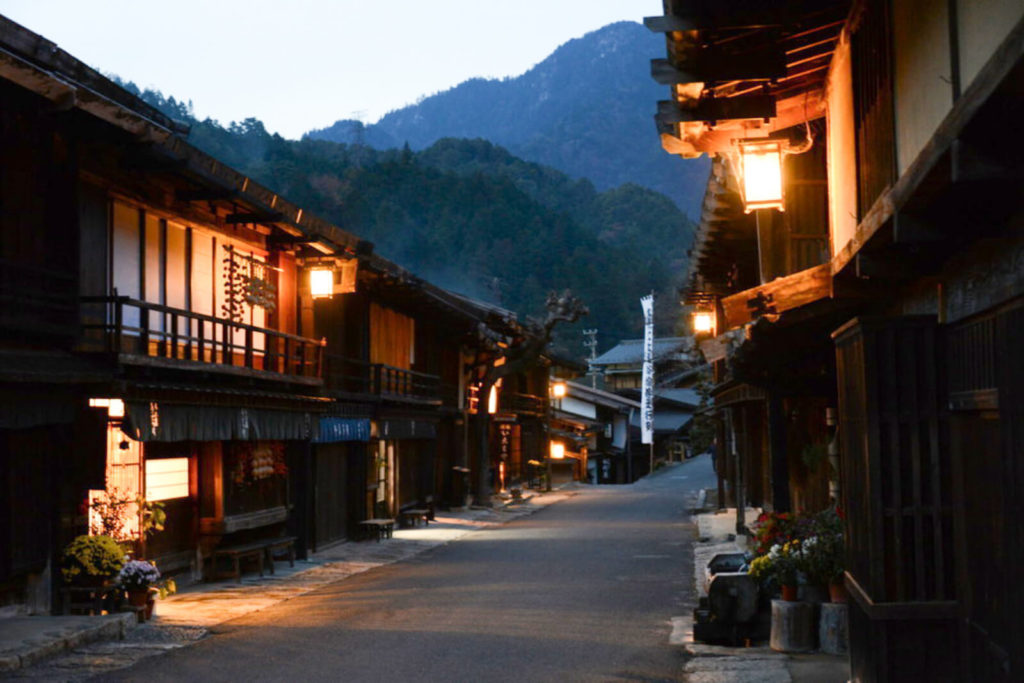 This old post station town has undeniable allure. And after strolling the lantern-lit evening streets, it is such a refreshing delight to fall asleep to the nearby sound of the river and the night chorus of frogs in the rice paddies.

Thanks for subscribing!
Previous Article

You don't want to miss out on our latest insights, trends, awards and more! So just subscribe and be the first to know.
Invalid email address

You don't want to miss out on our latest insights, trends, awards and more! So just subscribe and be the first to know.

We promise not to spam you. You can unsubscribe at any time.
Thanks for subscribing!

Carte Blanche participates in various affiliate marketing programs, which means we may get paid commissions on editorially chosen products purchased through our links to retailer sites. Carte Blanche ©2019-2020